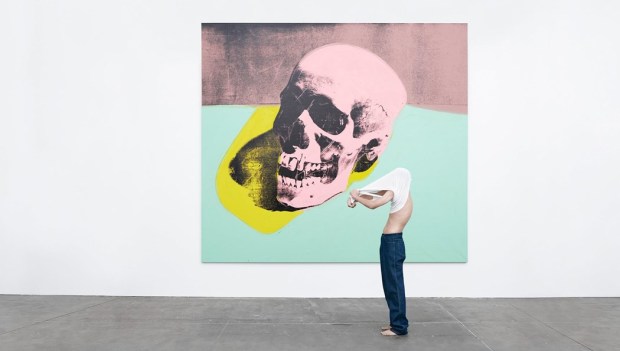 This season’s spate of advertisements is, largely, absolutely fantastic. So fantastic, in fact, I went back and forth about including an exclamation point in this paragraph, but decided not to deploy one for reasons of self respect. The quality label-ambassador pairings we see this season perhaps reflect a deep thoughtfulness about brand identity in a time of industry upheaval—communicating a brand’s meaning is more important than ever when designers are playing musical chairs and consumers are saturated with digital media. Here are some of the high achievers.

I love this. I love this so much that I would wallpaper my apartment with it, regardless of my deeply held opinion that Jude Law is the platonic ideal of human beauty. This minimal shoot by Willy Vanderperre nails the essence of Prada: practical, intellectual, and offbeat. Law lounges contemplatively amongst sand dunes in an array of unfussy and tailored shirts, pants, and even sandals (my rule about men in sandals—that it should never, ever occur unless one is an Olympic swimmer or any other type of water sports professional— is null and void when it comes to Prada, they of ugly-chic splendor). Law, despite actually being the most handsome man in the world, is the perfect choice for Prada, as both actor and brand are at interesting stages of their lives.

Law, now in his mid-40s, is taking a variety of unusual and supporting roles, rather than the typical leading man parts, including in Anna Karenena, The Grand Budapest Hotel, and Genius. At his Times Talk last June, he spoke to this shift as being both more natural than calculated and that collaborating with interesting directors is his main criterion when considering roles. So too, is Prada at a moment of transition. No longer the ‘it’ brand of the moment, Prada is reconnoitering the rapidly-evolving fashion landscape quietly, and perhaps in a reactionary way. Miuccia is carefully observing and pointedly not participating in the conversation around the turbulence of the designer revolving door, see-now-buy-now, and co-ed clothes, which, in a way, is reflective as the label’s status as a true luxury brand — not having to cater or pander to anyone or any trend in particular. She continues to produce quiet, sophisticated, and interesting clothing, almost as if to please herself. She will make large changes to brand strategy when she’s good and ready, but not before a great deal of consideration.

This collaboration is sublime; an alignment of artistic renaissances. and making old favorites current ones.

This is a magnificent pairing — the most unusual and enigmatic actress of the twentieth century posing for Loewe, a recently-revived Spanish luxury label helmed by wunderkind Northern Irish Jonathan Anderson, known for his interesting silhouettes, proportion play, and gender-bending designs. Anderson is himself somewhat inscrutable, and his designs mercurial — some more intellectual, others more commercial — and entirely avoidant of the celebrity PR circuit — one rarely seen his clothes on a red carpet, and when one does, they’re on fellow sublime weirdo Tilda Swinton. Rampling, exceedingly private and dismissive of Hollywood, is the perfect face for the brand; a real meeting of the minds between designer and muse. I only wish this Jamie Hawkesworth-shot series was more visually engaging, and more suggestive of a narrative — a more fleshed-out setting would do the trick. The dark palette, too, makes it easy to visually skip over if one doesn’t have Rampling radar. Perfect casting, unremarkable execution.

Raf Simons loves contemporary art. As demonstrated in the excellent yet ungrammatically titled documentary Dior and I, he frequently visits museums and galleries in search of inspiration, and has both collaborated with and referenced the artist Sterling Ruby while at Dior, and in his eponymous menswear line. I was curious to see what the first Calvin Klein ads would look like under Raf — he’s not one for cozying up to celebrities in his personal life or casting them in ads unless contractually obligated, yet Calvin Klein is, historically, a celebrity-driven brand, particularly in its advertising.

Instead of famous people, Simons cannily casts art by Andy Warhol, Richard Prince, and his bff Sterling Ruby in starring roles in the Willy Vandeperre-shot campaign, letting the paintings and their artists take center stage. Still, he plays with Calvin Klein tropes of denim, underwear, and young couples, giving them subtle, modern updates; the result is a little cleaner and a little more European. With the fun and accessible choices of art and the classic branding motifs, Raf acknowledges the label’s pop-cultural roots, but reframes them in a restrained way that is much more ‘him.’ This is a great first ad campaign under the new rule. I am so excited to see what’s to come, and how art will factor in in both the clothing and the advertising. Basically I hope this becomes an empire of Jil Sander. 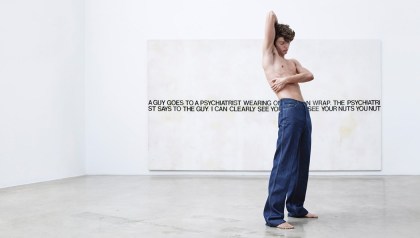 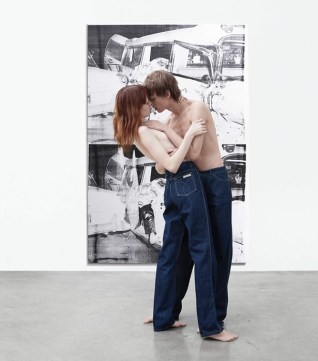 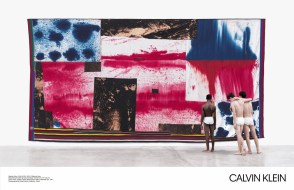 Prada is deeply fabulous. It’s certainly the most cerebral luxury label in existence; Miuccia is a great, eclectic thinker (the woman has a PhD and was once a communist and a mime) and has built an empire on making everything ugly suddenly and quietly fresh, chic, and sophisitcated. Think of the pop-cultural cache Prada has acquired: the devil doesn’t wear Chanel or Fendi or even Hermès – it’s unthinkable! – she could only wear Prada because she is sly and brainy and utterly wicked.

But Prada has coasted on this cultural awareness and positive name recognition for the last few years, and has made some strategic blunders because of it. The first misstep was to try to situate Prada as an Italian Hermès or Chanel, pushing the shoes and bag sales and downplaying the apparel, which is their biggest strength. This was an idiotic and, frankly, lazy move. The Galleria tote, while classic in shape, doesn’t have the historical ladylike appeal of a Lady Dior, the aesthetic perfection of a Kelly or Birkin, or even the modern cool of a Saint Laurent Sac De Jour or Balenciaga Le Dix. It should never have been a selling staple. Prada’s classic pumps are lovely, but a more flashy consumer is going to buy the Louboutins, the cooler consumer the Saint Laurents, and the more classic consumer the Manolos (though she would consider the Pradas).  These types of  items are pillars of the brand, certainly, but cannot prop up the label on their own.

The second disaster was to expand too rapidly, especially in Asia. Prada currently has over 600 stores across the globe (Chanel has 120, Hermès has 311) and has saturated the market. Whose idea was this? Have they never heard of exclusivity? What on earth?

Because of the strategy to become an luxury brand in the highest, almost unreachable echelon and, simultaneously, pulling a Coach circa-2005 move and flooding the market, Prada now finds themselves with plummeting share prices and quickly-dropping margins.

How can Prada fix this? Let me count the ways.

First, they need to shutter about half of their stores.This will be an embarrassing  admission of defeat, but it’s necessary to move forward. It just has to be done.

Secondly, they can shift some of their focus back to the incredible apparel that Miuccia creates season after season. It’s less accessible than a bag or a shoe, but will certainly appeal to some bands of buyers that are ignoring Prada for the visual confections coming out from Gucci or Dolce & Gabbana.

Next, they need a cult item. This is where the bags and shoes can come back in. Prada needs an equivalent to the Céline Phantom or Valentino Rockstud. Something that is coveted and receives blog attention, highly-priced but still accessible, and draws focus back to the label as a whole, which brings buyers back to the apparel as well as the accessories. They an also capitalize on 90s nostalgia, their heyday, when creating and advertising this item.

It would also be a great idea for Prada to move into cosmetics – they are the only major luxury brand (that doesn’t specialize in leather goods) to not have one. They need to situate a line in the price range of Chanel with the quirk of Marc Jacobs, or they could give sister brand Miu Miu a line,and have even more fun with it at a slightly lower price point. This will be a great way for everyone to get a piece of Prada without creating a state of emergency by overloading the market. And don’t forget the profits –  labels make serious cash on their cosmetic lines, which would help Prada offset the current slump.

Prada is too good, too unique, too culturally iconic to let dwindle into Coach-dom. They need to find a way to re-situate themselves, similar to how Gucci has done recently, and embrace their status as a quirky, large-but-not-behemoth luxury brand. Prada is so special, both in the fashion and larger cultural community that no one would want to be a Vuitton when they could be a Prada – and the brand would do well to remember that.

Gallery of vintage Prada glory below. Prada keeps an extensive archive of ads and shows here.